Buy an iPhone 6 Plus in the US to Use in China: My Success Story With a Verizon Phone 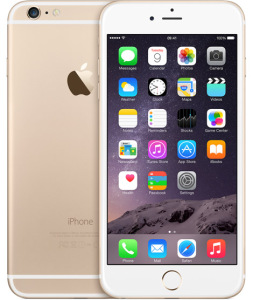 Buying an iPhone 6 and especially an iPhone 6 Plus in China is extremely difficult. You can’t just walk into an Apple store to buy one. You have to first go online and compete against untold thousands to reserve one of the few to be sold each day. This makes it something of a lottery that begins each day at 8 AM and ends shortly thereafter. I’ve wanted to get one for a few weeks now but there didn’t seem to be much hope, though I did have a shot at a relatively less popular black iPhone 6 with the lowest amount of memory offered (16 GB)–not many are rushing to buy that one. But for an iPhone 6 Plus, forget it. And for either phone in the wildly popular gold color, you can totally forget it, unless you want to pay a huge premium for one smuggled in from Hong Kong or somewhere.

Buying an iPhone in the US is a little cheaper and easier than in China, but there’s the risk that the phone won’t work in China. Apple does not yet sell factory unlocked phones in the US, according to Apple’s website (Nov. 2014), and phones need to be unlocked to work here. Unlocking might be possible but is a hassle and risk if something goes wrong. Further, according to tech support at China Mobile, only models designed for China have chips compatible with the Chinese 4G network, and typical American models just won’t work. That’s what they told me AFTER I bought a phone in the US that didn’t seem to work here. The Verizon model I had bought, model A1522, had no hope. And that’s what Apple tech support also told me when I called from China as a frustrated new customer. But my phone is working great now. Turns out the Verizon phone may have been the perfect one to buy in the US. Here’s my story.

I was at a conference in Atlanta, Georgia last week, and on the last day of my event, my Samsung cell phone died. The third Samsung device of mine to die in the past couple of months! I have had it for 3.5 years, so it’s been OK, but suddenly I could do nothing with it since the touch screen function quit working completely. I resolved to try even harder to buy an iPhone when I got back to China, but later that day on my way back to my hotel, I wandered into the Perimeter Center Mall to buy a few items needed for my life in China, and to my surprise found that they had an Apple store there. Hmm, I though, maybe I can ask about an iPhone 6 Plus and see if they know how to get it to work in China.

I found a helpful agent who told me that they did have the iPhone 6 Plus in stock, though I’d have to wait in line for an hour or so to get one after reserving it. I was willing. But I asked if it would work in China. Hmm, not sure. He checked with some other people and came back to tell me that the Verizon phone–presumably “locked” in to Verizon’s network–was the one that people were having “the most luck with,” though he couldn’t guarantee it would work. Should I risk buying one?? I was feeling a little desperate and was tired of using inadequate gadgets that wasted my time with failures and glitches, so I had concluded I needed to improve my odds by going with an iPhone and wanted the larger Plus model so it could replace the Samsung tablet I was carrying with me all the time for help in translating Chinese. With the glimmer of hope the Apple agent gave me, I decided to buy. It just seemed like something I was destined to do that day, with my Samsung phone having failed just a couple hours earlier and an Apple store being right where I was, with the phone I had been trying to buy actually in stock. A little over an hour later, I was holding an iPhone 6 Plus with 64 Gig in my hands–a beautiful golden iPhone 6 Plus, a legendary rarity in China.

I already had a 4G SIMM card from China Mobile that I placed in the device, switching out the Verizon card. I figured I would have to wait until I was in China to activate the card. People at my work had given me instructions on how to activate it, which basically involved calling China Mobile (10086 in Shanghai) and giving them my company name in Chinese, an account number, and my cell phone number. Meanwhile, I was happy with how the phone worked through the Internet and how easily it uploaded most of the apps and date I already had on my old iPad 1.

When I got back to China, I nervously called China Mobile and gave them my information. They said they had initiated the activation process and the card should be active in 5 minutes. Then I asked if there would be any trouble since this phone was purchased in the US. They asked for the model number engraved on the back of the phone. Just about the smallest, faintest microengraving I’ve ever seen, but with magnification I could barely make out the model: A1522. Sorry, they told me, that phone won’t work in China. You’re toast. Ugh. 10 minutes later, the phone still showed no service. Then a little later, the card on my old Samsung device showed no service also–it had been deactivated as they activated the new card, but it apparently wasn’t going to work with the network in China. I called Apple tech support and after being put on hold about 3 times, finally was told that there wasn’t much hope for me. Would I be able to exchange the phone? For that, I’d have to call the store in the US directly and see what they said. They were then closed and I’d have to wait to learn my fate. I knew the Apple stores in China won’t touch phones bought in the US, so there would be no hope of exchanging it here for a model that would work. Was feeling pretty frustrated. During that hour or two of checking with Apple, I checked my phone a couple of times and still it showed no service. Restarted a couple of times. Still no service.

After I had pretty much given up all hope and felt like a fool for plopping down roughly $900 for phone that wouldn’t work, I began wondering if maybe the problem was at the 4G level, and if I used a card designed for a lower system like 3G or 2G, maybe it would work in China. So I went over to ask someone if they thought that might be possible. They asked to see my phone, which I had turned off. When I turned it back on to let them see how it worked, to my amazement, it no longer said “no service” but in fact was able to make and receive calls. Amazing!

Since then it’s been performing beautifully. I can call, receive calls, do Facetime calls even while riding in a subway tunnel, access the Internet, use VPN, translate Chinese, study Chinese flashcard, receive and send email, read books, and even monitor how many steps I’ve taken. It’s a fabulous gadget that eliminates my need to carry a tablet and a phone. It’s big enough for my aging eyes to read well but small enough to fit in my pocket. So based on my experience, it seems like a full-price Verizon phone is the ticket. Appears to nbe already unlocked and ready to work with a 4G SIMM card in China, but give it time, and be sure to activate it through China Mobile. I don’t know if other carriers will give the same results. Maybe other phones will. And maybe I was just extremely lucky and your experience will differ. Let me know what you hear and experience.

Feels like Christmastime here in China. Actually, it is. Merry Christmas!