China is buzzing about the new Shanghai Disney Resort in the southern end of sprawling Shanghai. On Saturday, May 28, 2016, my wife and I were kindly invited to attend a “soft opening” event at Disney, about two weeks before the official start date. Even though it was a rainy day, there were MANY people there. We were accompanied by about 40,000 other lucky people, creating lines as long as 5 hours (as in FIVE HOURS!!!). This was with about 70% of the rides open, so when in full operation, there will be more lines to divert the crowds, but the crowds could be even bigger. During regular operation, even bigger crowds are expected, perhaps as high as 70,000 or so. Wow.

This was a “stress test” day since other days of the soft opening had been limited to about half as many people. It was wonderful to be there, but there was plenty of stress.

Our favorite ride of the day, by far, was Pirates of the Caribbean. Of course, to be fair, I should point out that it was our ONLY ride of the day. We tried to get through the Tron ride, twice actually, but gave up even though we had managed to obtain a fast pass ticket for our second attempt (with the help of a kind friend) and were just minutes away from entering. But then there was a mechanical problem that shut the ride down before we could go on it (I later learned that an employee foolishly opened a door that could have let someone walk onto the track, and the interlock safety system shut the ride down for safety reasons until they could troubleshoot the problem), and we were out of time. We had to leave early for a dinner event, unfortunately. One day, one ride–but it was still a great day.

If you go, don’t make our mistake of attempting to get fast food in one of the big eateries. That wasted an hour and a lot of money, and we ended up walking away from our food, largely uneaten. Ugh. Bring you own. But Remy’s Patisserie was excellent and fast, with perfect spinach quiche. Try that, perhaps, but now the hamburger joint near Tron. Ugly lines, very slow, and lots of craziness.

Prepare for Disney by using the fast pass system and by making online reservations. Do your homework first! Then enjoy. Please don’t stand in any line over 3 hours long! Life is too short. 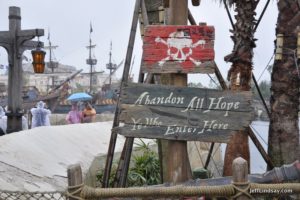 Abandon all hope . . . a fitting sign for busy days when lines can be 5 hours long. 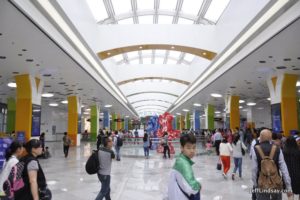 The spacious main floor of the Disney subway station at the end of Line 11. 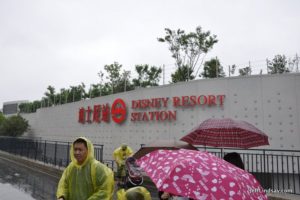 Just outside the Disney subway terminal. 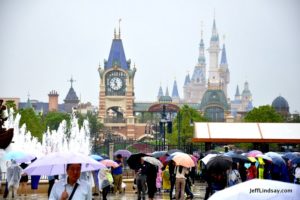 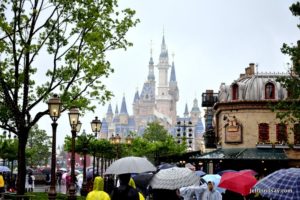 The magical castle beckons us. 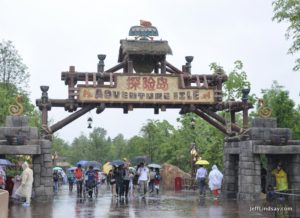 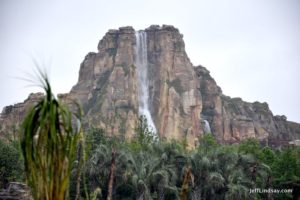 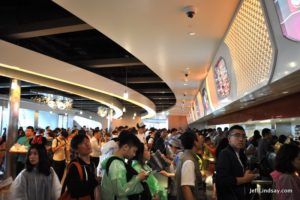 In the Western-style eatery near Tron, the lines were ugly, and so was the food. 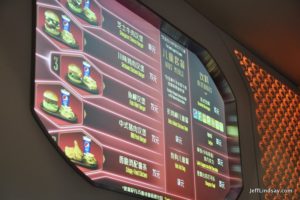 Frightening menu, scary prices, and disappointing food. But I am biased against hamburgers and very greasy stuff. 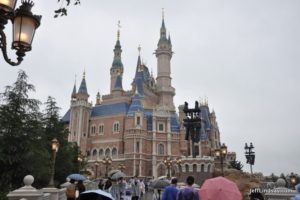 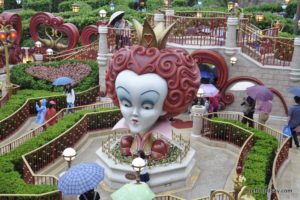 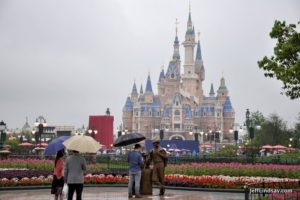 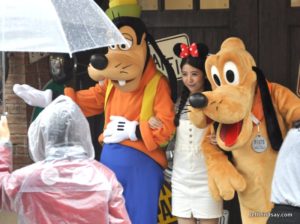 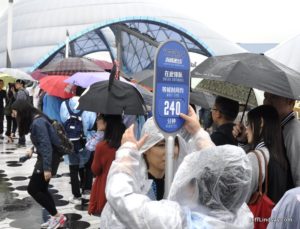 240, as in 240 minutes in this line, if you have the patience to reach this point. Line management was a big problem. Hope they solve that problem soon! 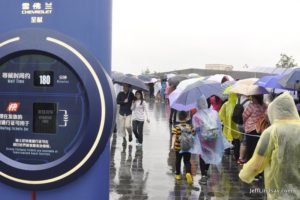 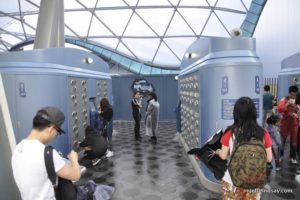 One problem with Tron is woefully inadequate storage for bags and belongings that you can’t take on the ride. So few lockers! It was a major hassle. Forces people to have someone wait and hold belongings while others ride. 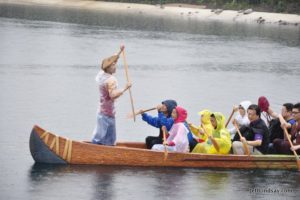 Canoeing on the lake. 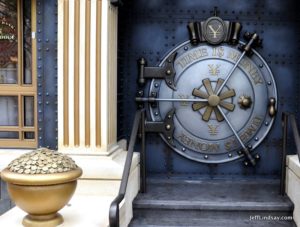 Time is money, says the vault. And the Walt! Walt might take plenty of both from you, but you’ll love it for the most part. 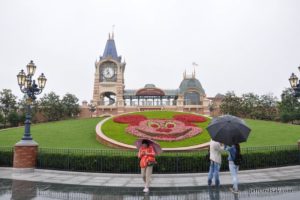 Last view of Disney as we left.