A Grieving Mom in Shanghai Learns Her Son May Not Have Pancreatic Cancer After All: Misuse of the CA-19-9 Antigen Test 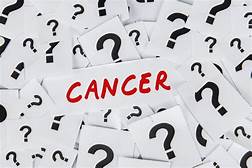 A few days ago a grieving mom in Shanghai, a good friend of ours, shared some tragic news with me: her teenage son had pancreatic cancer, one of the worst cancers. Her son was likely to die soon, if the doctor was correct. Only about 20% of pancreatic cancer patients live past 5 years. She was almost overcome with grief and had been crying for a couple of days. But even though she had gone to an expensive hospital that caters to foreign clients, she wasn’t sure she should trust the doctor. The mother called me to see if I knew where she could turn for help. She didn’t know that one of my sons happens to be a doctor treating cancer at a leading US clinic.

I received a photo of the lab report for the boy and sent it to my son. The physical results reported that a scan of internal organs showed no unusual problems indicative of cancer. There were no other symptoms, just a slightly elevated CA-19-9 antigen level, 45 instead of a desired maximum of 37.

My son was greatly disappointed that the doctor would create such needless panic by telling the mom that her son probably had pancreatic cancer. My son explained that the CA-19-9 test is not supposed to be used for diagnosing cancer on its own. Absent other symptoms of cancer, its predictive power for cancer is less than 1%, he said, and when he learned that the son was just a teenager, he said it’s even less likely to be pancreatic cancer because that disease is almost unheard of in young people. The mother’s grief was turned to relief.

CA 19-9 serum levels have a sensitivity and specificity of 79-81% and 82-90% respectively for the diagnosis of pancreatic cancer in symptomatic patients; but are not useful as a screening marker because of low positive predictive value (0.5-0.9%).

Other articles indicate that diabetics, such as this young man, can have inflated CA-19-9 values (this applies at least for Type 2 diabetes–I’m not sure if CA-19-9 artifacts from Type 1 diabetes has been investigated), one of many possible alternative causes of elevated CA-19-9 values. Alternative causes for the elevated test result do not appear to have beenÂ  considered by the doctor who terrified a mom by declaring that it was probably pancreatic cancer. Again, the test can be useful in tracking the progress of treatment of a known cancer, but should not be used to diagnose cancer in the absence of other evidence, as in this case.

Keep this in mind when you have your physical in China. Don’t panic if a doctor reports that you might have pancreatic cancer based on a blood test result alone. Get a second opinion and understand why that value may be high, but don’t panic. Physical testing here can often include too many unnecessary tests in search of phantom problems that may be listed in your report by people who aren’t necessarily qualified to make such proclamations.

The family still needs to be cautious and follow up on the possible causes of the inflated test result, but it was only slightly elevated unlike the much higher scores that I’ve seen reported in patients who actually do have pancreatic cancer.

I am so grateful that my son was able to help bring peace to a mother who had been crying for a couple of days over the “fake news” she received from a generally good hospital. I suggest that here or anywhere else you should be open to the possibility that some doctors don’t know what they are talking about. And of course, that can apply to what I’ve said here. Do your homework, ask questions, and be cautious about what others declare.

By Jeffrey Lindsay|2018-07-05T22:10:03-07:00June 17th, 2018|Categories: China, Consumers, Education, Health, Safety, Surviving|Tags: blood tests, cancer|Comments Off on A Grieving Mom in Shanghai Learns Her Son May Not Have Pancreatic Cancer After All: Misuse of the CA-19-9 Antigen Test