The Mysterious Angels of Lujiazui Park Watching Over Shanghai

In the midst of the tallest buildings in Shanghai, in the heart of mighty Pudong, lies an unexpectedly serene and generally overlooked park with one of Shanghai’s most intriguing mysteries. It is a beautiful but small park, offset against the towers on all sides. But within its borders lies the mystery of two unusual figures, rising and hovering over the city.

Angels? In a public park in a Communist nation? Yes, angels, with wings, cleverly sculpted so they appear to rise from the earth as trees, then transform into feminine angels watching over and nurturing the inhabitants below.

Angels are not only a symbol from Christianity or Judaism. They play a role in numerous cultures and beliefs, and even for a formally atheistic society, I believe the Party leaders here recognized that angels of this kind can be widely appreciated symbol of protection and favor of China, be it heavenly favor, cosmic, spiritual, or whatever. Yes, there can be a touch of mysticism and cosmic imagination here without subverting official policies. And for those of us who wish to see further dimensions to the art, I welcome the concept of heavenly favor of China. May real angels watch over this grand nation and its peoples! 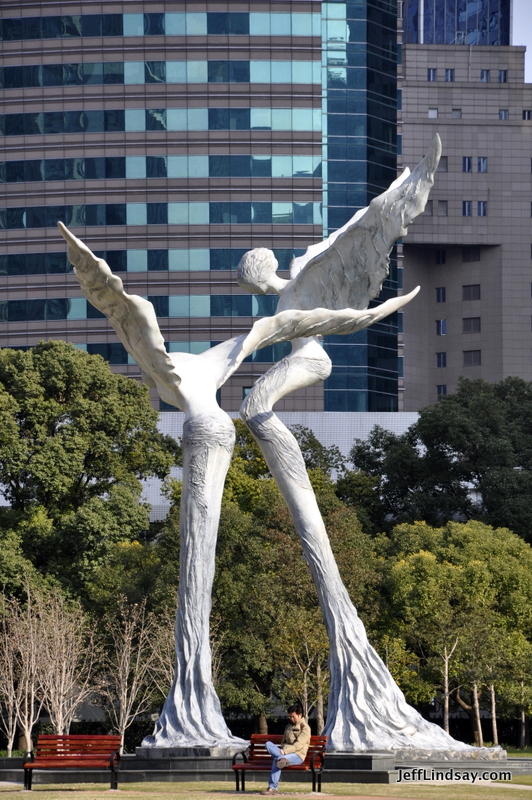 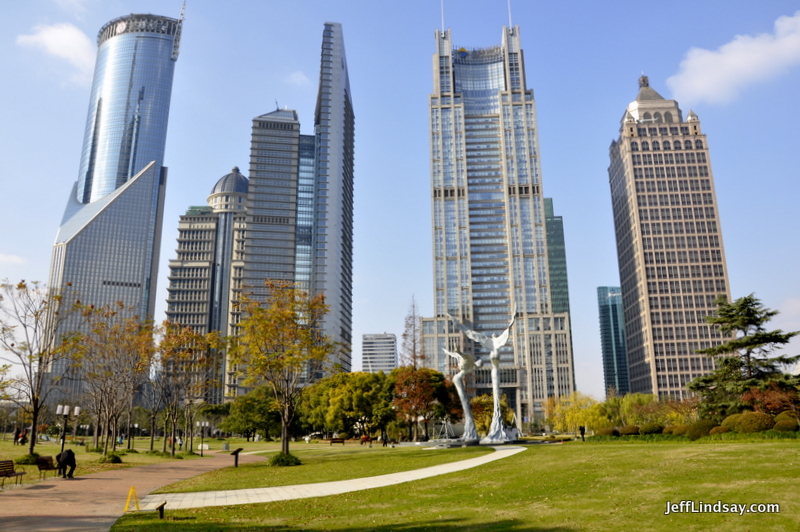 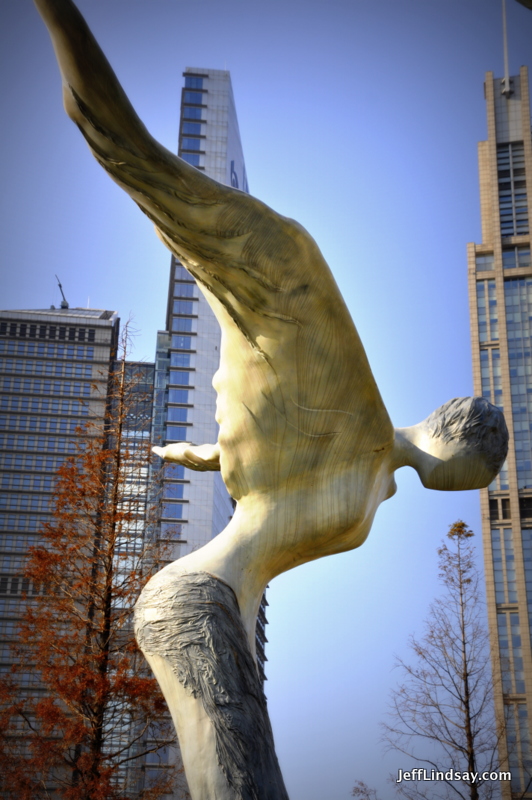 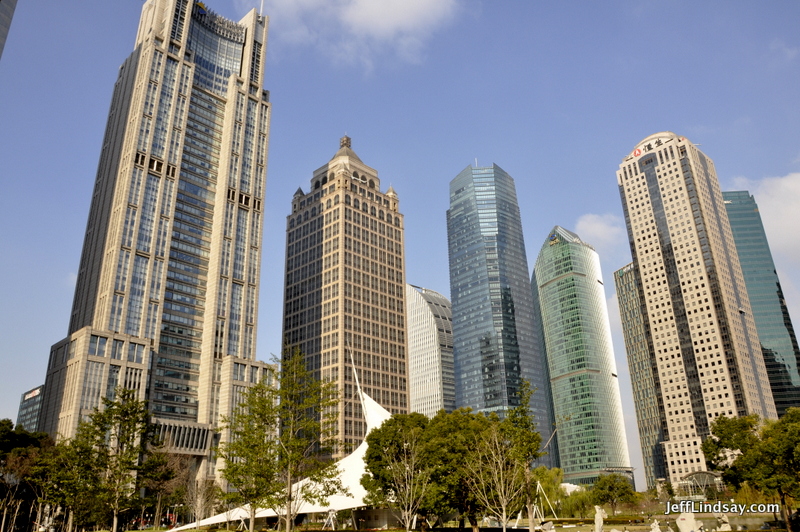 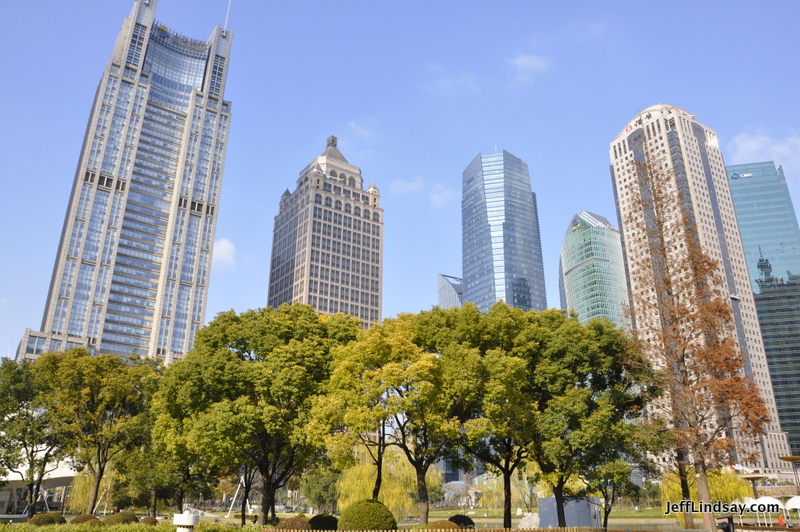 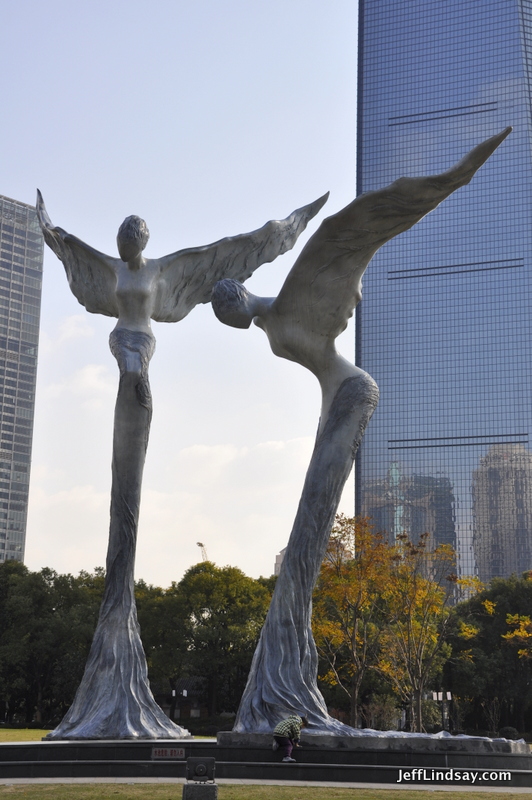 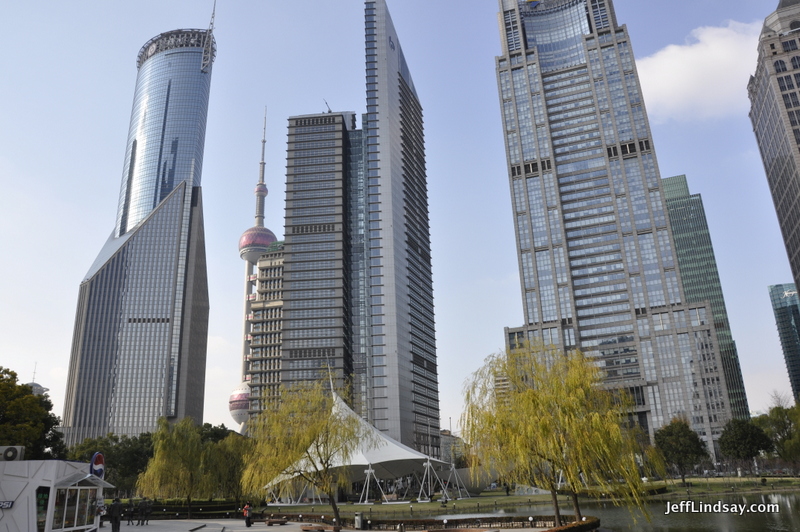 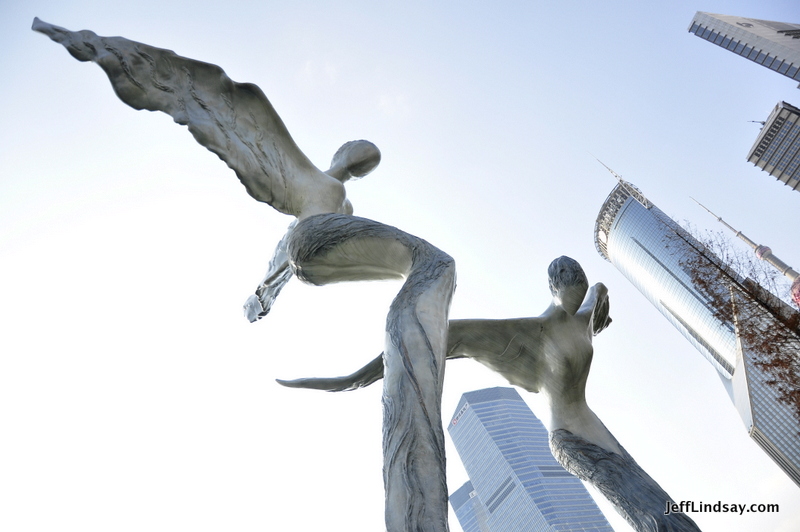 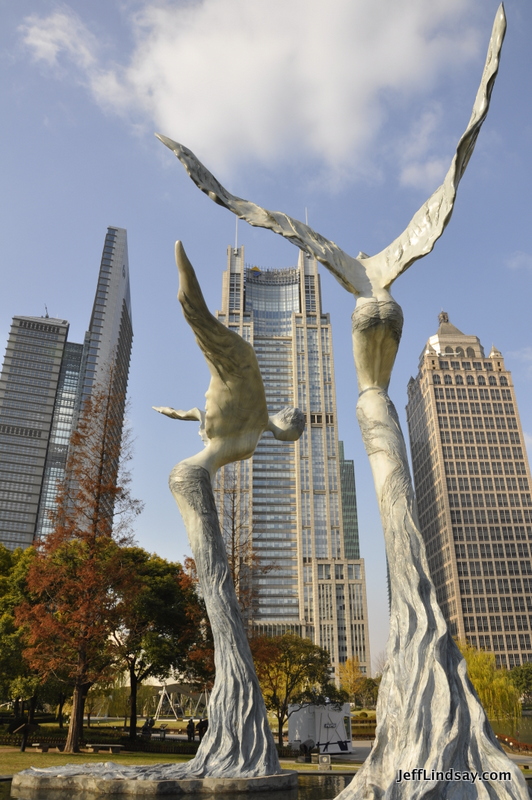 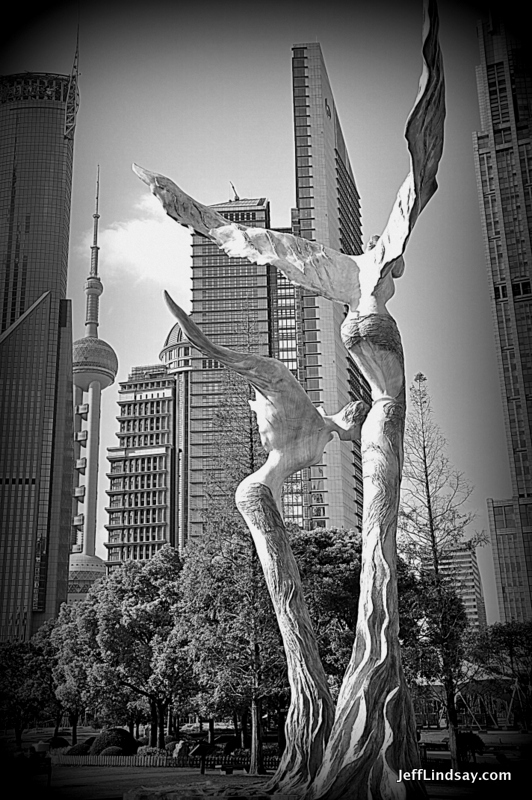 The Angels of Lujiazui Park