One of China’s most beautiful locations is Zhangjiajie, arguably one of earth’s most beautiful locations. But Zhangjiajie is sadly overlooked by most foreigners travelers here. They go to Xian or other popular spots that pale in comparison. Zhangjiajie’s scenery was actually used in the filming of Avatar. The tall mountains with trees on the top don’t float they way they do in the movie, but when the clouds are at the right level, it sort of looks that way.

Zhangjiajie is about a two-hour flight from Shanghai. You can stay in the city of Zhangjiajie or take a 40-minute taxi up into the town at the entrance to the major national park, where rates are not bad at all. It can be busy on holidays, but still entirely doable and affordable. Way too much fun to overlook. Plan on spending at least two full days there. Three days are about right.

I recommend staying in the mountain village of Wulingyuan, where you are just a short walk or cab ride to the main entrance of Zhangjiajie National Forest Park, one of several attractions in the Wulingyuan Scenic Area. The park has stunning karst pillars of sandstone. There are often clouds and fog, which can enhance the photography if you are lucky, but might just block your view at times.

We reached Wulingyuan by flying to Zhangjiajie city, which has a small airport and a lot of crooked cabbies. They will quote you a price of 300 RMB to get to Wulingyuan. It should be about 100 RMB if they use a meter, which naturally they don’t want to. Insist on the meter or walk away. It’s only when you walk away that they will take you seriously. Tell them you can take a bus or something instead and walk, or go to a different cabbie, but don’t pay 300 RMB.

Also be sure to get a tour guide. We can recommend an excellent one that charges 100 RMB for half a day and 200 RMB for a full day. She was outstanding. Chinese language only, but it was good Chinese – sort of like having a day-long lesson for the price of one or two hours of regular lessons. Yes, we tipped her, and would be happy to recommend her to you as well. Email me (jeff at jeff lindsay d0t com) your contact info and I’ll get you in touch with her.

Here are a few photos of this scenic area in western Hunan province, near the center of China.

Landscapes of China: Zhangjiajie in Hunan Province, inspiration for Avatar 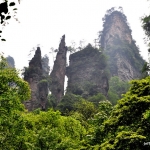 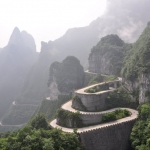 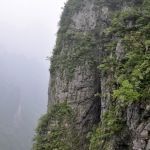 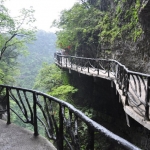 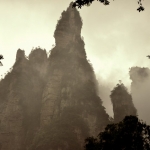 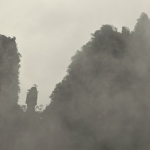 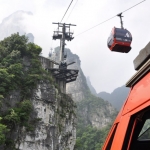 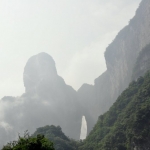 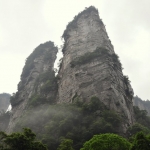 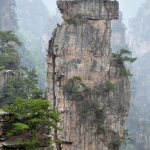 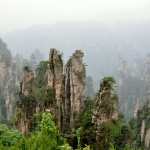 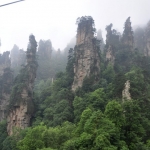 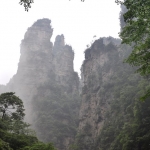 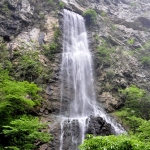 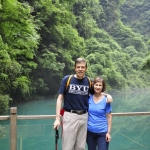