Jimmer, the “Lonely Master,” Might Be Doing Better and Doing More in China than the Deseret News Thinks

In the state of Utah, Salt Lake City’s Deseret News recently carried a touching but slightly downbeat article about China’s most popular basketball player, Jimmer Fredette, the impressive star who once stunned American crowds while playing for Brigham Young University. The article is “Lonely Master: From March Madness to Shanghai, the Unlikely Journey of Jimmer Fredette” by Jesse Hyde, published March 12, 2018. It has a lot of positive things to say about Jimmer and his accomplishments in China, but the general tone of the article is that Jimmer has missed out on his US dreams and thus has settled for something painfully inferior by coming to China, a grim and gritty place. I think there’s another perspective that ought to be considered.

Yes, the CBA is a far weaker competitive field than the NBA, and yes, it is disappointing that his NBA career did not give him the opportunities and satisfaction he sought. But don’t shed too many tears for Jimmer: things might not be as grim as the article implies.

The negative picture painted of China is quite disappointing. Itâ€™s a beautiful, exciting place where Jimmer is visible and influential to millions of people in ways that would not be possible in Europe or the US. I have met Jimmer and chatted a few times but don’t know him well nor can I speak for him. But what he is doing here is remarkable and has touched many people. His goodness, his honesty, his humility, and his high standards have also helped him touch people beyond what his athletic skills alone could do. For someone who possibly may have a sense of a mission higher than personal temporal success alone, coming to China brings many opportunities to achieve greater good, while also benefiting from a shorter season and excellent pay. Win/win from my perspective. His presence in China is part of something big, at least in the minds of many of his BYU-related fans here.

One of those fans, a Communist Party official, requested a chance to meet Jimmer last year. I was honored to be part of the little gathering where introductions were made. Jimmer with his characteristic class and humility brought gifts for the Chinese men who had come — framed photos of him as keepsakes. They were thrilled. Before Jimmer showed up, one man in the small group, a business leader in charge of the large complex where we rent some beautiful space to hold LDS services, chattered excitedly about Jimmer and quoted statistics from Jimmer’s games when he was at BYU and in China. Kid in a candy shop when Jimmer arrived. The official had gifts also, a terrific album of Chinese postage stamps. It was a beautiful souvenir for each of the foreigners at this event, which I’m proudly holding in the photo below. 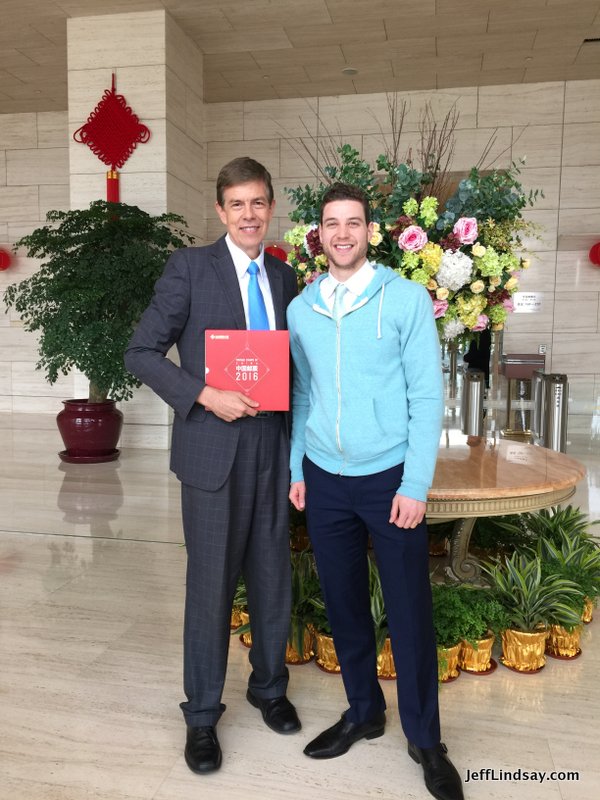 With typical Jimmer class, Jimmer noticed a couple of keenly interested staff members from the little cafe where we met and invited them to get their photos taken also. It was a big day for all of us. 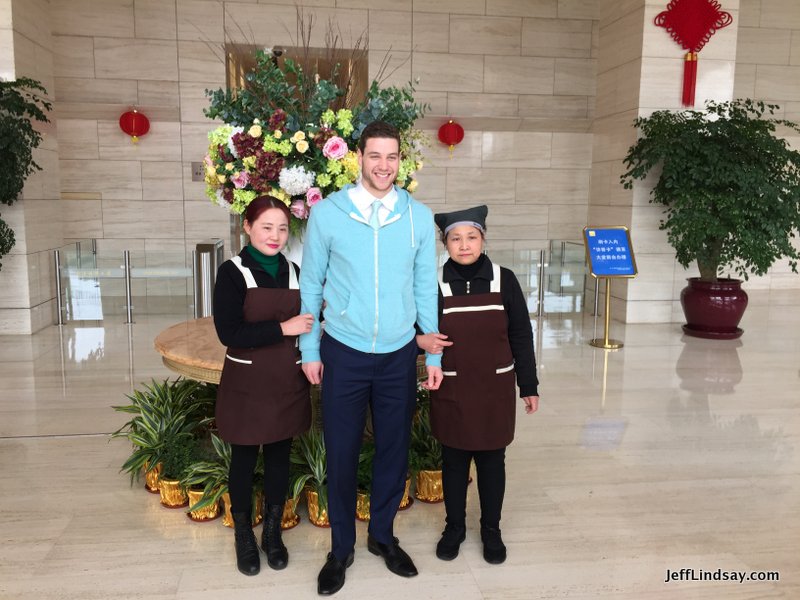 The Deseret News article makes numerous references to the pollution of China and Jimmer’s depressing situation here. The lead paragraph suggests he can’t see much of the skyline in Shanghai due to pollution (yes, we have pollution and some days visibility is noticeably reduced, but we have a lot of beautiful days too and air quality is improving). His apartment is “empty, lonely, a place he just crashes, so devoid of personal effects….” Regarding some reminders of his wife and daughter in his apartment: “Sometimes he needs those reminders. Like when heâ€™s in Shanxi, a gritty industrial city where the gray dust blows from the cement factories and the grime is so thick he could scribble his name on the windows of parked cars.” And when he’s in Shanghai, in spite of the wealth and good food here, “even here, the air carries a slight whiff of chemicals you can almost taste. Itâ€™s hard not to want to be somewhere else.”

At this point in reading the article, I wondered if the staff of the Deseret News have ever been in Salt Lake City during the winter months, when the winter inversion traps air in the Salt Lake Valley and leads to painfully high levels of particles, nitrogen oxide, and other pollutants? Of if they have ever been near operations of the massive copper mine that scars the Valley? Or drove through Utah County in the days when the Geneva Steel works were cranking out massive whiffs of chemicals into the air? Or if they have lived near a paper mill in the United States? Shanghai air can get smoggy and is typically worse than most places in the US, but apart from an occasional painter using oil-based paint or a vehicle burning too much oil, as in almost any city, noticeable “whiffs of chemicals” are something I generally don’t experience here, unless those chemicals include the cinnamon aromas coming from Shanghai’s amazing Cinnaswirl bakery with world-class cinnamon rolls, or from the intoxicating smells of any of the hundreds of different cuisines available in Shanghai. OK, we do have stinky tofu, which does have a noticeable smell from its unusual natural chemistry — maybe that’s what the writer encountered here. But you can just take a few steps and be free of that.

China has pollution, certainly. There are spots that are gritty or grimy, just as in America. But it’s also one of the most beautiful and exciting places to live, especially Shanghai. For me personally, my respiratory health during my nearly seven years in Shanghai has been much better than it was in the US, where I would often get bronchitis or other issues in winter. Here it’s been great and I’ve almost never had to miss work due to illness. One or two days for an injury, but my health has been terrific. Part of that is from the food, which is high in fresh produce and generally quite healthy.

Come give China a chance. It’s one of the nicest places in the world, in my opinion. Anyplace is grim when you are away from family, but with such a short playing season, we hope that Jimmer can continue to thrive here and increasingly experience the beauty and wonders of China while here.

As a reminder of the surprising beauty and sometimes even miraculous nature of life in Shanghai, here are images of one of Shanghai’s secrets: its impressive angels rising from the ground to watch over this city. May Jimmer continue to be among them. 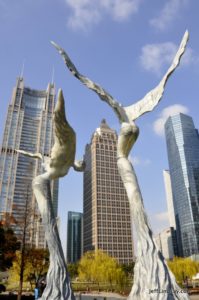 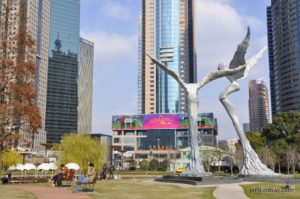 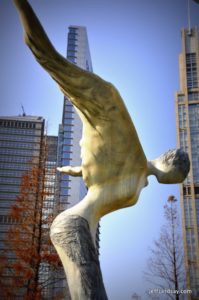 Finally, here’s a couple views of one of Jimmer’s favorite Shanghai spots. 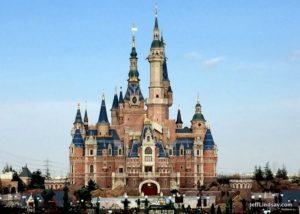 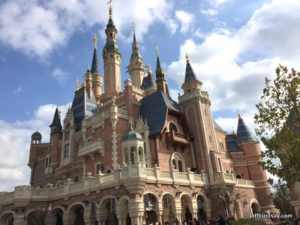