While preparing for a trip to Mexico, I checked with my Verizon service on what I would need to make calls and have Internet access. In the past I had to pay for international service, but I learned that my Verizon account should work in Mexico just like it does in the US, with no special charges for calls, texts, and data. Sounded awesome.

But shortly after arriving, there was  death in the family that required making major changes in our travel plans. That’s when I discovered that my phone could not make calls to 800 numbers or 888 numbers in the US, though my wife’s phone on the same plan could. Her phone is a cheaper SE iPhone, while I have an iPhone 11. I also discovered that my iPhone could not provide a hotspot for my computer to use, though my wife’s phone could. I tried many steps to tweak my phone, restart it, change settings, etc., but nothing worked (though there was one time when my 800 call worked, just as it always has done for my wife while we were in Mexico). I really needed to call the airlines and other business but could not. Looking for non-toll-free numbers for these companies was not fruitful — though I later found a number that I could have used. But after using my wife’s phone and resolving our emergency, I still wanted to get my phone service working properly. That was a mistake.

I tried reaching Verizon’s customer service for help, and was surprised at just how bad their app is. The chat function uses extremely small fonts and typing information is constantly interrupted by any actions being taken on the other end. Worse of all, I found that the information I had entered about my problem just to initiate a chat was not visible to agents and I had to enter it again, and when anything went wrong with the call — a signal glitch, taking too long to respond, etc. — the chat was interrupted and when I resumed it, I had to start all over again explaining the most basic things like which line I was calling about, what the problem was, etc. It took so many tries and so much time to just begin getting answers, and then they were wrong.

After efforts over two days to get support, I finally reached a Tier 2 tech support representative without the call being booted, and then they simply told me that there is no way to call an 800 number from Mexico. Absolutely impossible. I explained that I had done so with my wife’s phone — and their response was “then just use your wife’s phone.” Brilliant.  But we both needed these features and there will be times when I may be on my own and won’t be able to rely on her phone. The agent refused to believe that it was possible to make 800 calls and that I was wrong to even be attempting to do that. End of story.

I should never have wasted time trying to reach Verizon customer service. Their app is bad, their chat system is bad, and their call-back service was also a problem. Maybe for easy questions their customer service might be helpful, but my question was too hard.

Fortunately, I found others had had the same question (and found some people who complained bitterly about Verizon’s poor service in Mexico). Here is what I think is the answer:

Kudos to YucatanLiving.com for the details on how to change toll-free numbers for successful calling from Mexico.

For some huge companies like Verizon, customer service is a necessary and seemingly unwanted expense. If the company isn’t willing to make a decent interface for their app and can’t provide chat access in less than 10 minutes, they probably don’t see customer service as an important feature of their business. They aren’t going to do what it takes to solve your problem or to make your experience with them a positive one. It’s better to assume that they aren’t goping to be helpful and to just focus on finding useful information online about how to solve the problems you encounter, saving tech support as a last resort when corporate intervention is needed.

Finally! Now I Have 4G on My iPhone 6+ Thanks to China Unicom (Goodbye, China Telecom!) 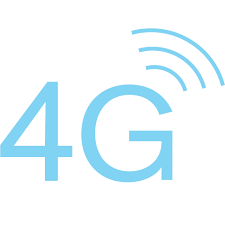 Two days ago the most amazing thing happened. I needed to buy a new SIM card for my Apple iPhone 6+, and when I went looking for a local China Mobile (ä¸­å›½ç§»åŠ¨) store, I saw a competing China Unicom (ä¸­å›½è”é€š) store closer to my office and decided to give it a try for convenience. When I put the China Unicom SIM card in my iPhone, I was shocked and delighted to see that after all these years of suffering, I finally had 4G service. Wow! That means fast access to the Internet and, for example, all the valuable functions WeChat provides (taxi hailing, payments, bus schedules, social media, even video calls). Life just got better.


One of my few frustrations in China has been the slow data services on my iPhone. When I need to use the Internet and don’t have local WiFi, I’ve been limited to 2G. Folks at the Apple store here explained that my US iPhone was designed for a different cellular network not compatible with China’s network, so there was no hope of 4G service like everyone else seems to have. But they were wrong. The real problem, as explained by a knowledgeable Taiwanese colleague, was that the provider of my former SIM card, China Mobile, operates over a portion of the cellular spectrum that is incompatible with my iPhone. China Unicom, on the other hand, operates over a different portion of the spectrum, making their network more compatible with US phones. The China Unicom employee smiled as she explained what was apparently well known to her: their service gives me 4G, but China Mobile’s service can’t. Wish I had known this a couple years ago! Even after a supposed updated SIM card was installed in my iPhone courtesy of my employer, the service remained 2G.

Why am I changing SIM cards at all? My employer is giving me a new company phone, a Samsung model with high security features (VMWare to track employees and make it harder to steal trade secrets, supposedly) that has 4G, and are giving me a new SIM card with that phone while requiring me to return the old SIM card I have been using in my iPhone. Changing phones is a bit traumatic, but discovering accidentally that I could easily upgrade to 4G just by switching to China Unicom helps make the change more welcome. Thank you, China Unicom!